As time passes and a building complex reaches its 20th, 30th or 40th year, maintenance requirements change. In this article we will discuss multi-family residential plaza deck systems, generally referred to as podium construction in the commercial sector, to understand how they are constructed and their general life expectancy. We offer recommendations for strategies to extend the life of a waterproofing system and what to do when replacement becomes the only responsible option.

Many multi-family and homeowner association complexes are built with a structural concrete deck above one or more levels of subterranean parking. The residential buildings rise above the structural concrete deck. The common area in between the buildings is the plaza deck which is often enriched with walkways, landscaping, planters, exterior lighting and amenities such as tennis courts, swimming pools and spas. Mixed-use commercial and residential developments may also include retail, restaurants, offices and above or below grade parking. Today’s contemporary estate homes can incorporate plaza or podium roofs and landscaped basements. Whatever the usage, habitable space or car parking, it is vital the correct deck waterproofing system is installed.

Plaza deck construction varies but generally the structural concrete portion of the assembly is about 12” thick with two layers of steel reinforcement — one at the top and one at the bottom of the pour. Rebar should have 2” concrete cover, both to provide strength and to protect the rebar from moisture. If you can see the rebar, there is a problem because the rebar and concrete together provide the structural capacity. Usually this structural concrete assembly is poured level or flat on top, although in some systems it is sloped to drain. Atop the structural deck is a waterproofing layer, usually an asphaltic waterproofing, which can be liquid applied, peel and stick, or mopped in place. Generally on top of the waterproofing layer is a second slab called a mud slab, which is usually thinner, non-structural, serves as protection of the waterproofing layer below and is often sloped to area drains. In cases where there is no mud slab, the structural deck itself is sloped to drain and waterproofing is installed directly on top. Finally, the exterior finishes such as landscaping, hardscape, pavers, planters and amenities are installed.

We’ve seen numerous multifamily and homeowner association buildings where the subterranean garage shows signs of water infiltration such as leaks, rust, efflorescence and spalling concrete. Rebar rusts when it is attacked by water. Rusted steel takes up more volume than normal iron, so it expands and breaks the surrounding concrete. Cracked concrete often creates a path for further water infiltration, causing more rust and so the cycle continues. Associations often ignore these signs of water infiltration or install band aids such as concrete spall repair performed from below or installation of troughs to catch leaking water or even falling chunks of concrete. Is it possible to fix a leaking structural deck from below? If you had a roof leak in your home, would you just paint the ceiling? Typically, those efforts only divert the water to another location and do not solve the problem. Ultimately, over many years the structural integrity of the deck becomes compromised and potentially becomes a liability. Cracks widen and sagging or deflection of the deck commences.

What can you do? Owners should take proactive steps to lengthen the life expectancy of their plaza deck waterproofing. Irrigation and landscaping should be monitored regularly and trees and plants with invasive roots replaced. Many commercial deck coating systems require renewing or replacement of the top coat every 4 years, which if performed routinely, can greatly extend the life expectancy of the system. The ultimate replacement is rarely forecast in reserve studies and long-term building owners and associations would be wise to plan for this significant capital expense as early as possible.

Once water infiltration and damage have begun, we recommend having the situation professionally assessed to determine the proper repair approach. If caught early, small cracks could be epoxy-injected with sealant. It may be possible to abandon the original waterproofing membrane sandwiched below and install a new layer higher up in the system. In more extensive situations there may be little choice but to remove the landscape and hardscape and install a new plaza deck system entirely. If there is deflection of the structural deck or any indication of structural distress or deficiencies, we would recommend inspection by a licensed structural engineer when determining the proper scope of repair.

Stonemark has performed many plaza decks repairs and in our experience, there are often a combination of factors that contribute to water intrusion into finished building spaces and subterranean garages, all of which need to be identified and addressed to have a comprehensive solution. A thorough investigation is critical to determine the extent of repairs required along with the most appropriate and cost effective methodology for repair.

For more information, see our article on the Liabilities of Deferred Maintenance. 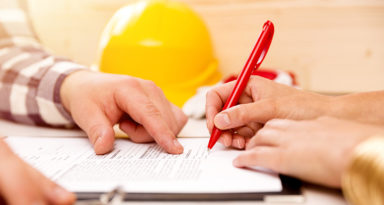 When you are working with a general contractor, it is important to set the terms of your working relationship as soon as possible. Usually this is done by entering into a construction contract of some type. [...] 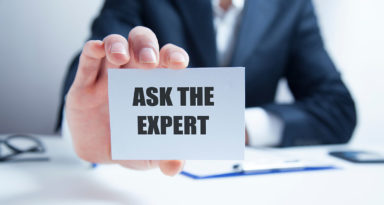 Construction projects: sound advice for clientsIn your eyes, Ali, how can a client get the most value from working with a construction manager?When there’s a working relationship based on mutual trust and understanding, the client can [...]